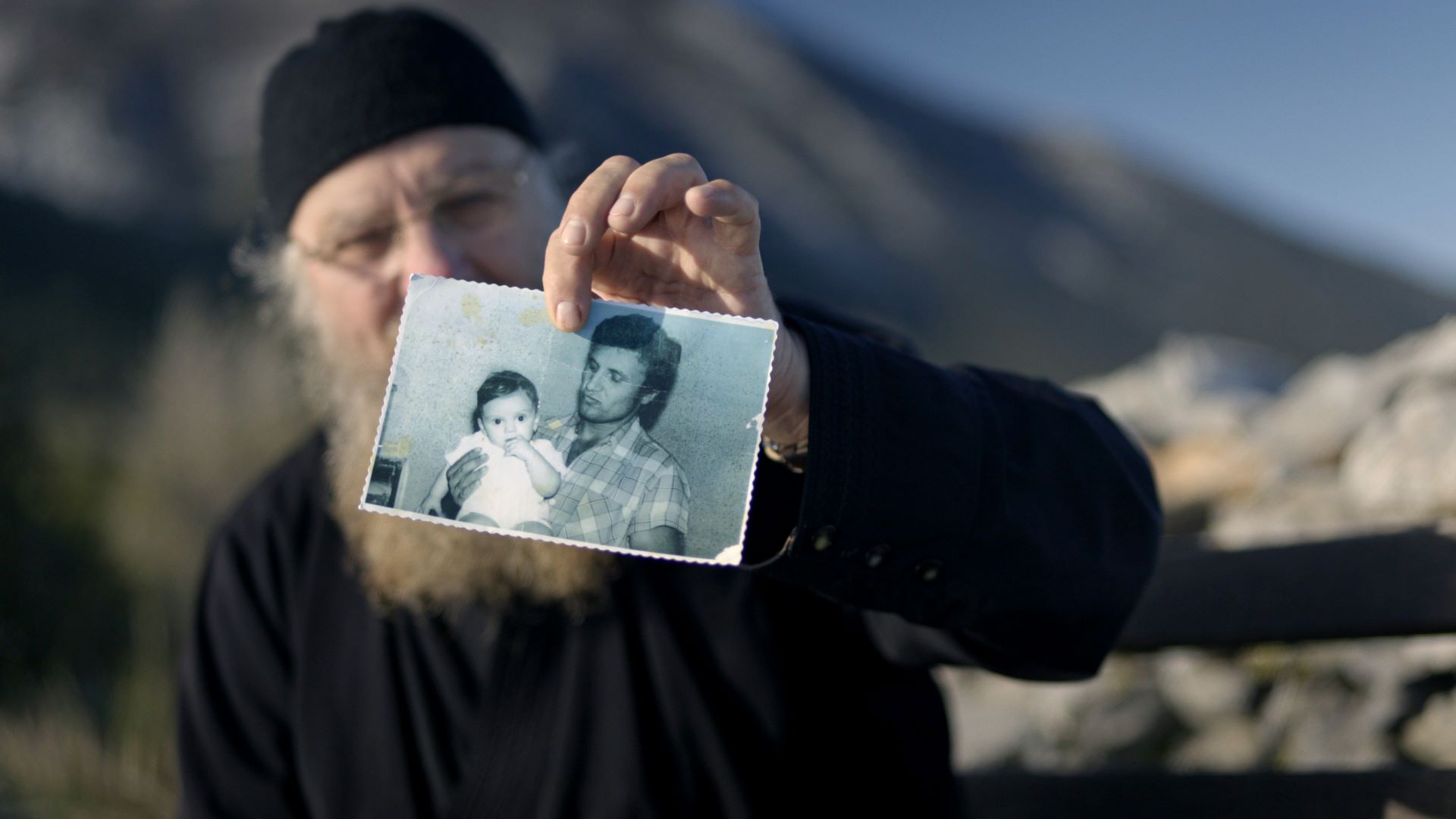 "The filmmaker, Andrei, and his girlfriend, Paula, face the news of becoming parents. While the future mother is struggling with no worthy role models in her broken family, the soon-to-be father must come to terms with his own, long-lost father, now a monk on Mount Athos. Andrei’s visits to the monastery seek to solve the mystery of his father’s leaving the family when Andrei was only six. Could this be the key to learning how to become the father he never had? "

Andrei Dascalescu is an established Romanian documentary film director, cinematographer and editor. All three of his feature-length documentaries, Holy Father (2020), Planeta Petrila (2016) and Constantin and Elena (2008) have won prestigious awards (including awards at IDFA and Sarajevo Film Festival) and have been selected in major international film festivals across the world (IDFA, San Francisco, Vancouver, Krakow, DocLisboa, Docaviv, Sarajevo, Montpellier etc.). Andrei was nominated 4 times and won "Best Documentary Award" in 2018 at the Gopo Awards (the Romanian equivalent to Academy Awards) with his documentary, Planet Petrila. His most recent documentary, Holy Father (2020) premiered at the Sarajevo Film Festival, where it won the Jury Award. It also won the Audience Award at Astra Film Festival (Sibiu, Romania), the Best Director Award at Qara Film Festival (Almaty, Kazakhstan) and has been screened at festival such as Black Nights Tallinn, Magnificent 7 Belgrade, Go East Wiesbaden, Trieste Film Festival, Zagreb Dox and others). He is the founder and owner of Filmlab production company since 2007.