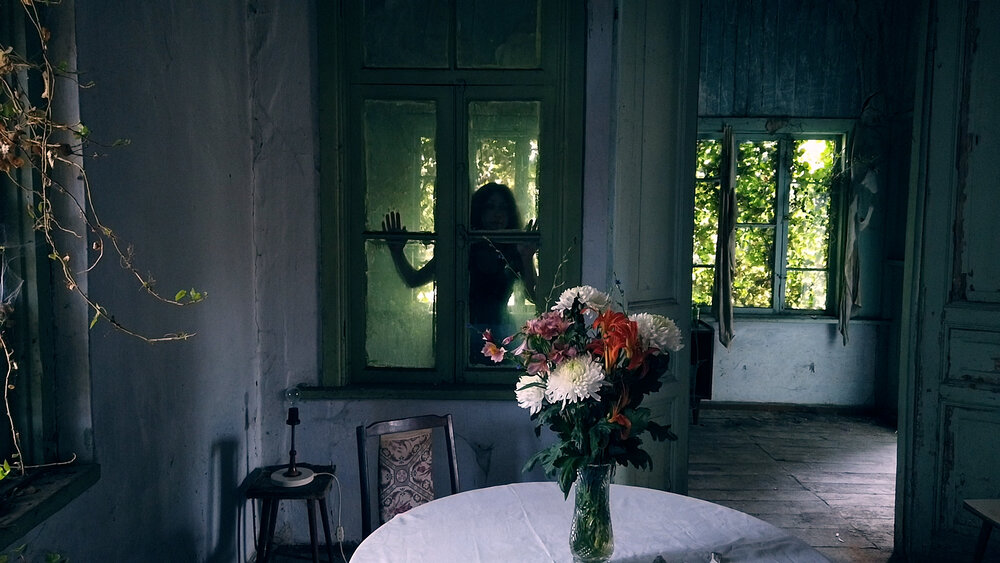 Seven inhabitants of a de facto state on the Black Sea unfurl a web of stories about loss and displacement through the re-imaginings of dreams and memories of the 1992-93 war in Abkhazia.

Kamila Kuc is a Polish-born, London-based filmmaker. She has an MA in Film Studies by Birbeck College (2009), a PhD in Film Studies by Birbeck College (2013) and an MFA in Experimental Film by Kingston University (2016). Her hybrid practice stems from the belief that although we are unable to change our pasts, we have the power to shape our future narratives. Employing speculative histories, memories and dreams to subvert dominant narratives of history and create new points of reference for the future, her work considers complex ways to relate to one another through embodied, trust-building practices that defy the traditional notion of authorship and collaboration. She’s a 2021 Jarman Award and IWC Schaffhausen Filmmaker Bursary Award in association with the BFI nominee. Her first feature film, What We Shared (2021), premiered at the 65th BFI London Film Festival and was described as one of ‘the finest examples of UK filmmaking’ by Festival Scope. Her films have screened at many festivals and galleries worldwide: the Edinburgh International Film Festival, CROSSROADS, Ann Arbor Film Festival, Anthology Film Archives New York; Studio Gallery, Warsaw; Whitechapel Gallery, BFI, ICA, London. Kamila is the recipient of many international grants, most recently, the Arts Council England Project Grants, British Council, New Mexico Arts, New Mexico Humanities Council, and the National Endowment for the Arts (USA), among many others, and also also the author and editor of numerous books and articles on experimental media, including Visions of Avant-Garde Film (Indiana University Press). She also the Founder and Director of Dark Spring Studio, a London-based production company dedicated to the creation and distribution of artist moving image works that are committed to social change.